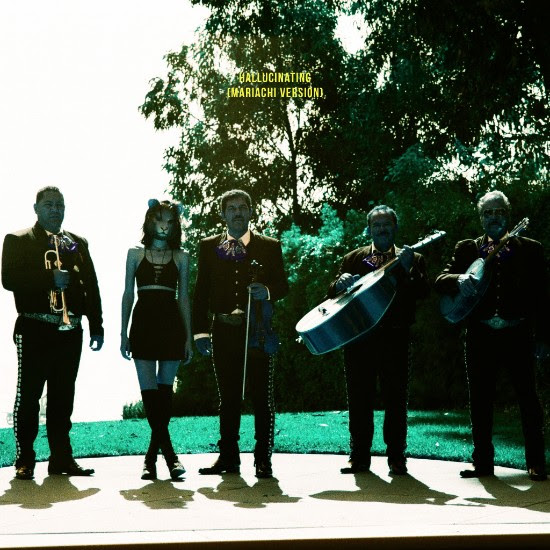 On any given night of the week in the DMV, there are myriad options for live music, which is why we’ve started the segment DC LIVE to call out our picks.

Currently on tour with EDEN, LA’s Elohim will be stopping by Rock & Roll Hotel this evening, which we highly recommend you checking out. After being hailed as “Mariachi meets new-wave” by Wonderland Magazine, her latest single “Hallucinating” was recently flipped by Elohim herself into a Mariachi Version of its original iteration, in which colorful mariachi horns and strings replace the synthetic sounds of the prototype. As self-professed lovers of synthpop, this might come as a shock but we dare say we prefer the mariachi rendition — so get into it below. After her run with EDEN, Elohim will also be embarking on a tour with electronic duo Louis The Child in November.

The London-based musical project Still Corners has been kicking around for some time, and this September they released their latest full-length Dead Blue. The dreampop outfit, comprised of songwriter/producer Greg Hughes and singer Tessa Murray has developed a low-key solid following since their inception in 2008. Revisit their earlier single and cautionary tale of a track “Don’t Fall In Love,” and come out to see them perform live October 18 at DC9.

And finally, indie rockers and longtime CCP fave Trails & Ways also just released a new album that they’re currently on tour promoting. On the new record Own It they go for a more raw, grittier rock-and-roll sound than their 2015 LP Pathology — achieved through the use of live drums and distorted guitars. Fragments of their former bossa nova flavor are still intact, however. Stream “My Things” from the new album and come rock out with Trails & Ways at Black Cat October 24.

This is our first time covering LA artist Elohim, but she’s racked up quite a following with the few tracks that she’s released thus far. The new one, premiered yesterday on Complex is called “Sensations” and is the lead single off her forthcoming self-titled debut EP. The mysterious singer is a classically-trained pianist who prefers preservation of musical artistry to the merits of frivolous fame. Her new song “Sensations” is a synth-driven ode to love, sex, and vulnerability. Elohim explains, “That unbelievable uninhibited-can’t breathe-is this a dream-I love you moment, where nothing exists or matters but the person next to you. That’s what sensations is to me.”

Elohim’s EP is out May 20 via B3SCI Records — available for pre-order here.