I had the opportunity to see Tanlines at DC’s Black Cat last month and the dynamic Brooklyn duo managed to exceed my expectations. Not only do they have a fantastic live energy, but their music also has an element of world fusion which I wasn’t aware of going into.

“All of Me,” from their debut album Mixed Emotions released last March was their first single that caught my attention; then after the concert I had to go and uncover a bunch more. “Real Life” is a shining example of the sheer exuberance that radiates from Tanlines. As if that weren’t reason enough to listen to them, they also have a great handle. Who wouldn’t want to soak up tanlines all year long? Vitamin D-deprived crazy people, that’s who. 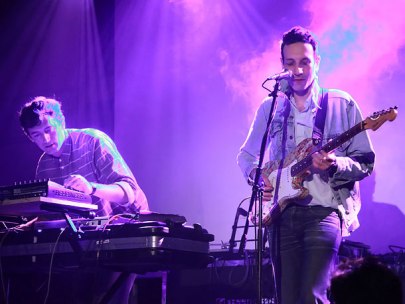 3 thoughts on “It was a past life thing”