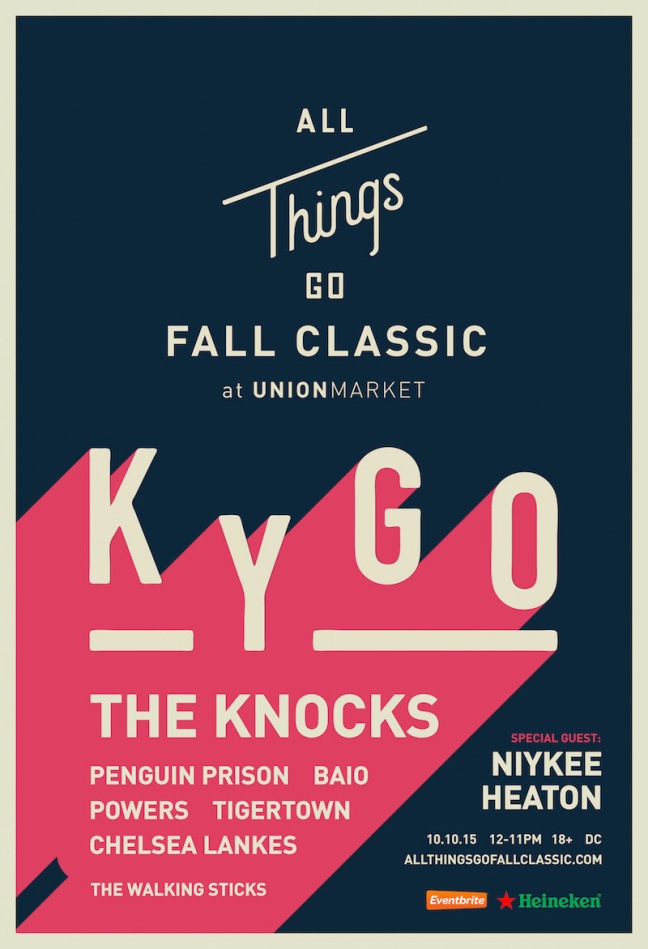 This coming Saturday, October 10 marks the District’s second annual Fall Classic hosted by All Things Go and they’ve got one fine lineup. Thus in lieu of our usual weekend Remix Roundup, we thought to do a preview of some of the notable artists that will be playing at the all-day festival at Union Market. The inaugural festival brought together the talents of Future Islands, Haerts, Tove Lo, and Young Summer and this year ATG has assembled another electric lineup with eminent producer Kygo headlining.

Listen to a remix from the Norwegian producer, along with some cuts from featured artists Chelsea Lankes, Penguin Prison, The Knocks, and Vampire Weekend‘s Baio below. Additional talents you’ll find at the fest are Powers, Tigertown, and DC’s own The Walking Sticks. The fest will also curate some of the city’s top culinary talents so round up your friends and get your tickets today, as they’ll go up 25% in price the day of the show.