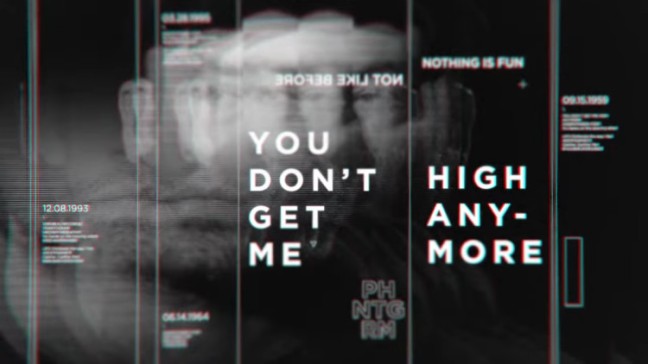 Phantogram is planning to release their third studio album, aptly titled Three this September. Having experienced a rough year, the album will reportedly showcase a darker, weightier side of the New York duo comprised of Sarah Barthel and Josh Carter. In addition to the passing of their idols David Bowie and Prince, Barthel also tragically lost her sister to suicide. In the wake of such sorrow, the duo managed to find inspiration amidst the blackness, which quickly became central to the LP’s narrative. Carter told Pitchfork, “The idea that all of our heroes are gone—of everyone and everything being destroyed around us and we’re still standing, and we’re still pushing on, and we’re still moving forward. That’s also a lot of motivation for us to keep going and going and going, and that’s I think the main theme behind the album.”

The first taste of the record — “You Don’t Get Me High Anymore” certainly showcases this aspect. Even while they grapple with this darker matter, the duo’s electropop edge, hook-laden melodies and resilient spirit remain intact. Watch the lyric video for the single below.

One thought on “Phantogram – You Don’t Get Me High Anymore”