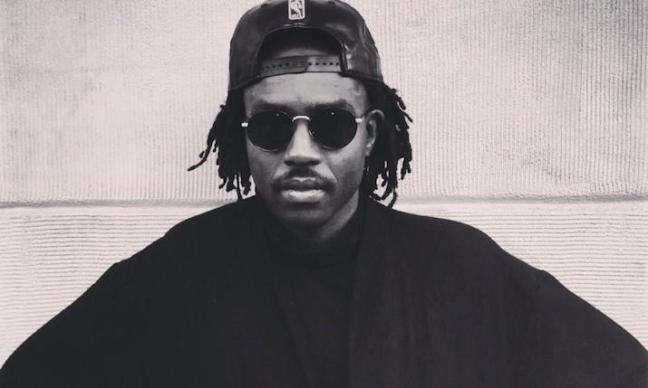 Blood Orange, aka Dev Hynes has just put out his most personal and political record to date, dropping Freetown Sound on Domino three days ahead of the scheduled July 1 release. The album title is a nod to the capital of Sierra Leone, where Hynes’ father was born.

In a press release the acclaimed Brooklyn-based artist and producer states: “I have just finished making an album about my life, my upbringing, being black in England, being black in America… my movement to this country at the age of 21, the same age that my mother moved from Guyana to London, and my father from Sierra Leone to London.” The statement also notes that Freetown Sound is a “confluence of Hynes’ past, present, and future that melds his influences with his own established musical voice.”

The entire album is a must-listen, but we’re especially delighted that Dev came together with another of our favorite artists, Empress Of, to collaborate on a song that is one of the LP’s finest — “Best To You.” The track combines the best of both artists’ worlds: Blood Orange’s skittering ’80s synthpop aesthetic and Lorely Rodriguez’ gorgeously verdant vocals.

Stream via Spotify below, and as a bonus check out the empress’ recent collab with Darkstar. The single, “Reformer” will be out on Darkstar’s new EP Made To Measure July 15.

With Halloween less than a week away, we decided to dedicate this week’s Remix Roundup to some of the darker house mixes currently in our rotation. First up is the a/jus/ted Remix of Blood Orange‘s “Uncle ACE.” The edgy Dev Hynes original — described by Pitchfork as “mysterious, desperate, [and] empathetic” — is a tribute to NYC’s destitute youth who seek refuge on the ACE subway line at night or else doomed to wander the streets at “the witching hour.” In the a/jus/ted rework, NYC duo consisting of legendary producer Justin Strauss and cohort Teddy Stuart craft the harrowing tale into a nearly nine-minute exercise in synth wizardry.

And what artist screams All Hallows’ Eve like the mask-adorned faces of Disclosure? Check out beat farmer cln‘s retouched version of Disclosure and AlunaGeorge‘s collaboration, “White Noise.” The Australian producer Callan Alexander puts his own unearthly spin on the rapturous original through the use of distorted vocal effects and dramatic synths.

Finally, UK singer Sam Sure — whose vocals we heard on the TCTS track “You” — has already seen his sole single “Hunger” (released October 20 via Black Butter Records) reworked by a handful of producers. We’re partial to this Jaded edit though, with its deep house groove, entrancing basslines and downright eerie looped vocals. Stream below as you get your pre-Hween dance on.