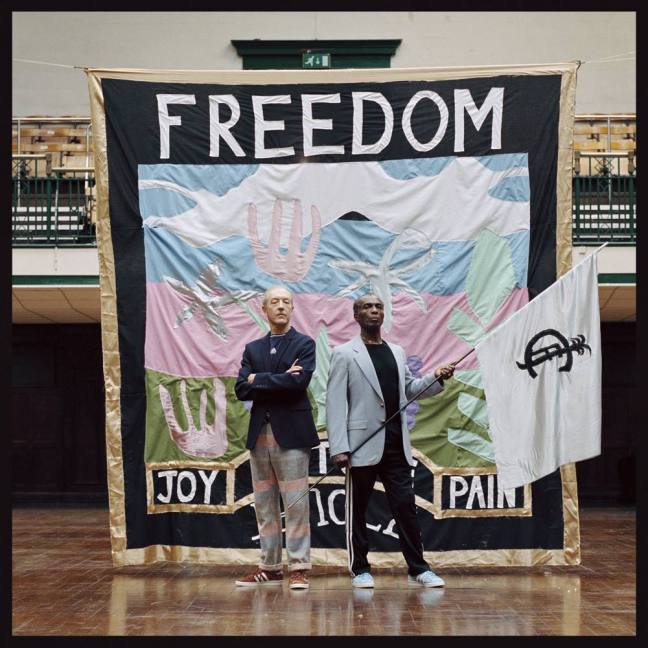 In light of the fact that Jungle is playing in DC this week, we thought now would be an appropriate time to share the amazing video for their single “Time.” Co-directed by Oliver Hadlee Pearch, the London duo premiered the video a week before releasing their smash self-titled debut this July. The short—similar to the last one for “The Heat”—centers around two older gent’s proclivity for dance, culminating in a full on dance-off in a high school auditorium. Watch the fierce battle that transpires below.

And just for kicks — we also wanted to share the new Joy Orbison rhythmic rework of Jungle’s “The Heat.” One of the few remixes that Jungle have permitted, UK’s Joy O brings some intricate synth work and basslines to the groovy original. Right on time.

Formed at the start of 2013, Jungle is the enigmatic new London duo consisting of best friends “J” and “T”. The loneliest place is in your own head, so you have to share it with other people to make it real, says J. They’ve already built up quite the fan base in the blogosphere over the past year, so much so that their first show in London this past December sold out in less than 24 hours. They will be supporting HAIM in March around Europe as well as a handful of places in the U.S., so check out their tour schedule below and catch this promising group live if you can.

Stream their song “Lucky I Got What I Want” from their debut EP The Heat, and watch their groovy video for the title track below. Co-directed by J and T, the vid featuring the dance moves of Icky and Silence from the High Rollaz UK skate crew.