Another band to emerge out of Oakland’s fecund music scene is a trio called Flying Circles, who released their debut LP via Antiquated Future Records last month. Their single “Dayglo Queen” immediately stood out to us for its angular guitars, skittering synths and cool, compelling vocals from Colleen Johnson. The mezzo-soprano employs a minor-key vocal line on the track, which blends nicely with the the track’s retro rhythm section, distorted textures and prismatic soundscape. No doubt their sound is influenced by the rich, esoteric-folk musical trend that’s been blooming out of that particular region of the Bay Area (think Waterstrider and Bells Atlas). We’re into it.

The album, Of Loving Grace is available for purchase on Bandcamp.

Astronauts, etc. is an Oakland-based act formed by Anthony Ferraro and friends. Incidentally, Ferraro plays keys for Toro y Moi so it would make sense that they would be opening for the latter on their fall tour. Their recent ’70s-inflected single “I Know” is an apt demonstration of the Astronauts, etc. sound, self-described as somewhere between Grizzly Bear, The Bee Gees and Sade. Hear the groove below along with earlier effort “Mystery Colors,” which is a bit more mellow and introspective yet just as intriguing.

Locals, etc. can check out their show with Toro y Moi at Rams Head Live on October 4. 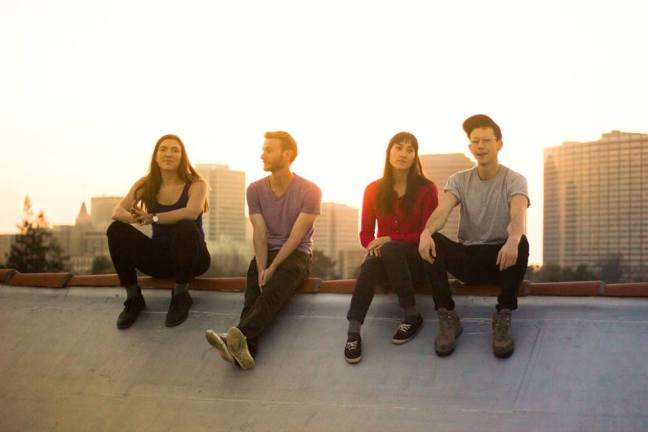 After much build-up, Trails & Ways finally dropped their debut album Pathology via Barsuk Records earlier this month. While recording and producing the LP, the Oakland quartet generated a lot of buzz over the last couple of years, embarking on two national tours and opening for Mac DeMarco, Phox, Stars and Tycho. The second single off the album, “Say You Will” is a sleek and sinewy number steeped in four-part harmonies, rhythm guitar, plucky synths and a syncopated bass.

Written by their bassist Emma Oppen, here’s what she had to say about the song: “Two years ago I met someone very special, and had the experience of falling in love in a matter of hours. In my delirium, I imagined making an ultimatum: Say you will, or don’t say anything at all. A few months later, I wrote the bass line in the back of the van on our first summer tour, and made the first demo recording of the vocal melody against the droning fan of a venue bathroom.”

Stream the song below and say you will pick up the album on iTunes. Friends in the DMV area can catch them performing at DC9 this Sunday, with fellow Oaklanders Waterstrider supporting (full list of June tour dates below).

Just yesterday we were commenting on the thriving music scene in Oakland, and the quintet known as Waterstrider is another shining example of this. The group released their debut LP, Nowhere Now independently in April and are hitting the road in support of Trails Of Ways later this month. Although the entire album is quality, the title track is a brilliant example of what the group is capable of with its tropical percussion, warm, wistful melodies, and soaring falsetto vocals from Nate Salman (which at times resemble Michael Angelakos’ of Passion Pit).

The five-piece have also shared a new song called “Frayed” that will be featured on a compilation album of Bay Area artists by new label OIM Records, due out June 23. Incorporating afro-beat rhythms, heavy synth lines and infectious hooks into the lighter number, it might be out favorite Waterstrider track yet. Talking to PopMatters, Salman explained that “‘Frayed’ came from an experience of pure bliss and confusion bundled together: the un-satisfaction of temporary romance, and the struggle to maintain sanity in the midst of a magical moment.”

Stream both tunes below and if you’re in the DC area, be sure to catch their set at DC9 June 14.

Oakland seems to be a burgeoning place for new music these days, as evidenced by promising young bands such as Bells Atlas. Inspired by an eclectic mix of influences, the quartet merge elements of jazz, samba, neo-soul and West African music into their sophisticated “kaleidosonic” sound. Check out their latest offering “Bling,” the vibrant second single off their forthcoming EP Hyperlust.

As fans of the indie act Carousel, we were delighted to learn that one half of the duo, Jackson Phillips was embarking on a solo project known as Day Wave. The Oakland based artist has already accrued a combined 500,000 plays on Soundcloud over the last year with his first two releases, and the latest single “Drag” follows the same sonic trend as previous efforts with its ruminative, lo-fi surf-pop sound. Introspective lyrics paired with light guitar strums — along with an intrinsic post-punk nature and a hint of shoegaze set his sound apart from the more synth-leaning Carousel. Listen below.

Trails and Ways taunted us with their tropical, calypso sound a couple of years ago, and now the Oakland outfit is back with the first single off their forthcoming record, Pathology. On “Skeletons”—recorded in their drummer’s bedroom along with the rest of the LP—the quartet wanted to create a “dance banger,” which they achieved through lithe guitar lines and dungeony synth bass twisting over a heavy club groove.

The much anticipated debut album, Pathology will be released on Barsuk Records June 2 and they’ll be on tour in June and July. You can view the full schedule on their website, but locals can catch their set at DC9 on June 14.

Inspired by the rediscovery of a high school yearbook, Sanjay says the song is about clinging to old memories, and the difficulty of letting go — of even the painful ones. While the atmospheric sound of the original is still present here, the pared-down instrumentation and acoustic setting allow the lovely vocals of Sanjay and Lalin St. Juste to shine as they glide across the rhythmic guitar and percussion like a ghostly wave of nostalgia.

Watch below and look out for St Tropez’s debut full length to drop October 16. 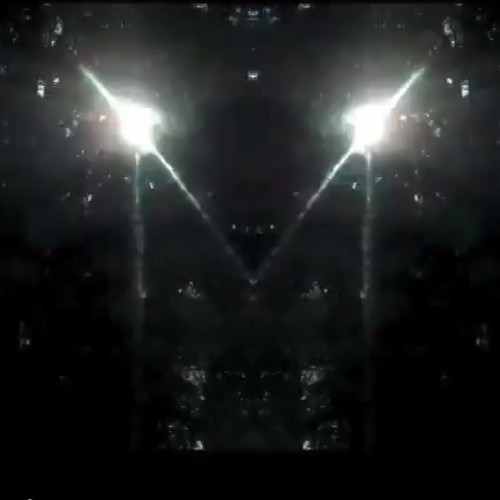 A couple months back I featured the haunting debut track “In Pictures” for St Tropez, a promising new outfit out of Oakland. Since then, the five-piece with a penchant for psychedelia and ‘bittersweet indie rock’ have dropped a couple more dreamy tracks on their SoundCloud page. Stream their shadowy second single, “Maybe Nothing” below and get lost in the fuzzy synths and atmospheric sound. Where these guys really shine is in their outros — which in this case kicks in around the 3:45 mark so make sure you stick around.

Look out for St Tropez’s debut full length to be released sometime this fall, and keep track of their latest happenings on the band’s facebook page.

Formed in 2012, St Tropez is a new nostalgic indie pop band based out of Oakland, California. Influenced by a variety of old school genres, including 60’s folk, classic dub and Afrobeat, the retro-loving five-piece released their first single, “In Pictures” in May and is already making a stir on the blogosphere with their unique brand of bittersweet, bleached out pop.

If the dreamy, hazy new single is any indication, these guys surely won’t be label-less for long — looking forward to what more the album has to offer. And generous as they are talented, they’re giving away the track as a free download on SoundCloud, so get to steppin’!