True story: in early 2015, New Zealand native Jock Nowell-Usticke, aka BAYNK posts a song on Soundcloud while traveling across Europe — loses his laptop and returns to find the track has blown up. Next thing he knows, he’s getting inquiries from key industry people, and has landed a spot on the lineup for the Australian festival Laneway. Not too shabby for a nascent bedroom producer. His latest effort, “What You Need” is an upbeat dance tune with a kinetic vocal from newcomer NÏKA. It’s not the dance banger we deserve, it’s the one we need so stream below and pick up a free download on Soundcloud.

‘Keep things leisure’ — a variation on ‘living the good life’ is the manifesto of new New Zealand act LEISURE. The Auckland-based RnB collective released their self-titled debut LP this October and have already enjoyed a taste of international critical acclaim. The five-man band bring together a diverse confluence of styles ranging from ’70s funk, ’90s rap and R&B, to dance music of the early aughts. The result of their eclectic efforts is a treasure trove of psychedelic, vaguely unsettling funked-out electronica. Get this band on your radar and get their song “Got It Bad” in your ears below.

Yumi Zouma released their first full length May 27,  which marks the first time the international group has recorded together in one room. Although the band members call different metropolises — Auckland, Paris and New York — their home, they’ve managed to produce two EP’s in the last few years from across the globe. It’s obvious on their debut, Yoncalla, however, that working together directly has helped the synthpop act to hone their unique music stylings and reconcile their overall sound.

Elaborating in a press release, guitarist Charlie Ryder said: “Yumi Zouma has always been an exercise in refining ideas and collaborating, but this was the first time we weren’t limited or protected by distance. With Yoncalla, the process was different, and it can be scary to present raw ideas to your friends — but it’s also incredible to see songs evolve through the sparks of inspiration that bounce between people in the same room.”

The breezy lead single “Keep It Close To Me” is probably the most accessible track the group has put out to date. Check it out below and if you’re in the DC area, be sure to catch them live at DC9 June 8 with support from Color Palette.

Last week Unknown Mortal Orchestra announced the release date of their new album, Multi-Love, due out May 26 on Jagjaguwar. This will be the group’s third studio album and follow-up to their 2013 record II. UMO also shared the title-track, which according to a press release is a reflection on relationships: “airy, humid longing, loss, the geometry of desire that occurs when three people align. Where [frontman Ruban Nielson] addressed the pain of being alone on II, Multi-Love takes on the complications of being together.”

Stream the swoon-worthy track and check out their upcoming North American tour dates below.

In case you’ve been living under a rock, the NZ duo BROODS released their debut LP Evergreen earlier this month — and in celebration of the occasion we’ve got a few CDs and other goodies to give away. Produced by Joel Little (the not-so-little producer behind Lorde), it’s no wonder that the album debuted at #1 on the charts in New Zealand, as well as earning plaudits on the international stage. The brother-sister duo demonstrated range in the array of singles they released leading up to the album, including the somber “Mother & Father,” the more lighthearted “L.A.F,” and of course standout track, “Bridges.” Fans needn’t fear about the quality of the remainder of the album, however, as evidenced by tracks like “Everytime” below.

To add to their list of accomplishments, the group recently went on tour supporting UK crooner Sam Smith. We had the good fortune of attending their DC show in September, where BROODS effectively warmed up the audience for Sam, who proceeded to melt the crowd with his masterful vocal chops, bashful British charm and powerful pathos. But we digress.

For your chance to win a copy of the BROODS LP Evergreen and other paraphernalia — including a BONUS CD of Sam’s — leave a comment below or send a tweet to @CokeCanPoetry! 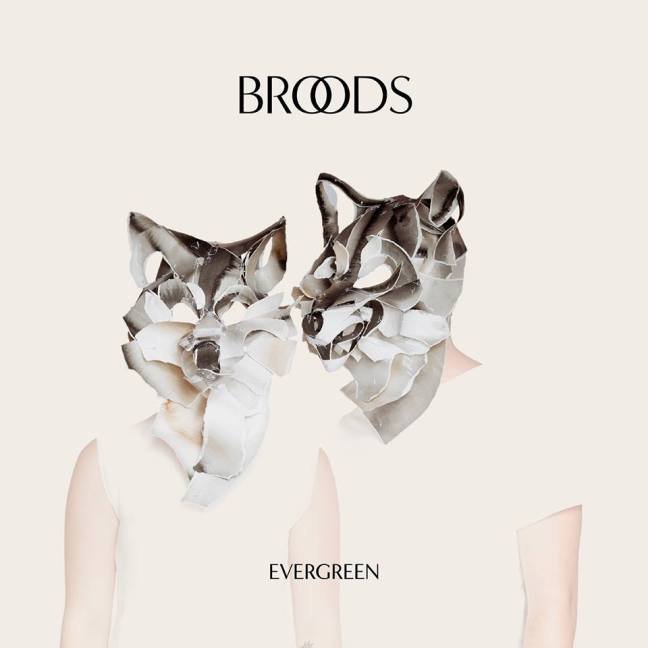 “L.A.F” is the latest effort from BROODS, the much buzzed about duo from New Zealand. The quality of their singles continues to soar as they get ready to drop their debut album, Evergreen, October 7. A little more upbeat than the last single, “Mother & Father,” singer Georgia Nott explained to MTV news in the track’s premiere that the song addresses universal themes (i.e. hanging with friends) and yet is one of their more experimental songs. As for the acronym, the first two letters stand for “loose as.” I’ll let you figure out the last. 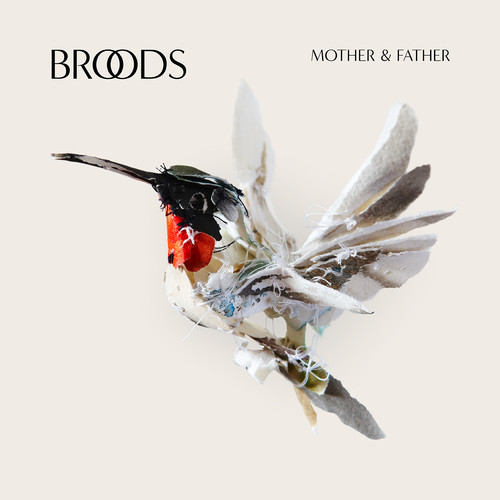 BROODS is back with another cut, the lead single off their forthcoming album, Evergreen—due out via Capitol Records late summer/early fall. “Mother & Father” is a soaring synthpop ballad, lyrically unsettling and affective as ever. Expect big things from the NZ brother/sister duo as they continue to ride the momentum of their current indie darling status. 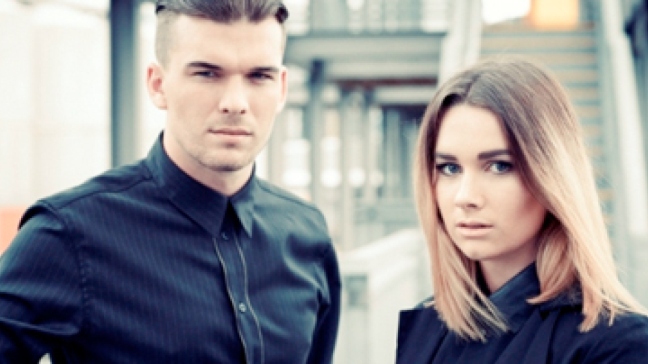 Brother/sister duo BROODS has made quite the impression on the blogosphere, and with their hit debut single “Bridges” it’s easy to understand why. Produced by the Grammy award-winning (and Lorde producer) Joel Little, the New Zealand siblings Georgia and Caleb Nott are clearly poised for international success with their ethereal atmospheric sound. What’s really blowing me away though is the below remix from NY production duo ASTR, who apply a breathtaking balearic beat and melody that manages to elevate the original in my mind. If you’re in the DC market, you can catch BROODS at U Street Music Hall this Friday, May 2 and ASTR opening for The Knocks at 930 Club June 16.

Another installment of Remix Roundup to get your Saturday night started off right. In a brilliant move by Bonobo, Simon Green uncovers the 1977 track “Les LaBas” by French jazz instrumentalist Henri Texier. With a South American-feel to it, this epic recast will transport you to someplace tropical in no time. Next up is The Knocks remix of HAIM‘s “If I Could Change Your Mind,” which transforms the original pop number into a seductive after hours edit. Finally, continuing the tropics theme is Sydney-based Thief, whose track “Closer” gets dressed up in calypso vibes by New Zealand duo Weird Together. Fresh off a showcase at SXSW and the release of his EP, Thief’s PJ Wolf is poised to bring his minimalist electropop sound to the masses this year. Best of all, every single one of these tracks is available for FREE DL by following the respective Soundcloud link below. You’re welcome.